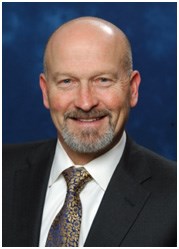 The Provident Bank is pleased to announce President and CEO Chris Martin has been named a 2016 Honoree for the New Jersey State Governor’s Jefferson Awards for Public Service.

Mr. Martin received the “Executive Leadership” Award which recognizes individuals in executive positions in private or public sectors whose commitment to volunteerism extends throughout their organization, utilizing their status to motivate others and generate response to meet the unfulfilled needs of the community.

“Mr. Martin ignites the charitable spirit within The Provident Bank organization,” said Christine Cartwright, Corporate Donations Administrator, The Provident Bank. “His Executive Leadership Team leads by example, readily taking up the philanthropic mantle, encouraging employees at all level of the organization to participate —and participating themselves.”

The New Jersey State Governor’s Jefferson Awards were established to honor individuals for achievements and contributions through public and community service.

“While achievement might be measured by how many employees in the company step up to volunteer, the real mark of success is the intangible,” said Chris Martin, President and CEO, The Provident Bank. “It is employees’ renewed sense of vigor, their trust in leadership, their morale, and the productivity they bring to their regular work out of pride in what they do for the community.”

In addition to his role at the Bank, Mr. Martin volunteers as a director of Big Brothers Big Sisters of Monmouth & Middlesex Counties, as well as at local food pantries and Habitat for Humanity build sites. He is also a sponsor of the Student Partner Alliance, and he spends time teaching financial literacy to middle and high school students.

“Community involvement and helping those in need is a fundamental at The Provident Bank. We believe in volunteering, making an impact, leaving the world just a little bit better than we found it,” adds Mr. Martin. “And there is no better success or reward than doing just that.”

For more than 175 years, The Provident Bank has served individuals, families, organizations and businesses within its local communities. As a community partner, the bank strives to deliver a mix of innovative services and social impact that makes a real connection in the communities it serves – always with “Commitment You Can Count On.”