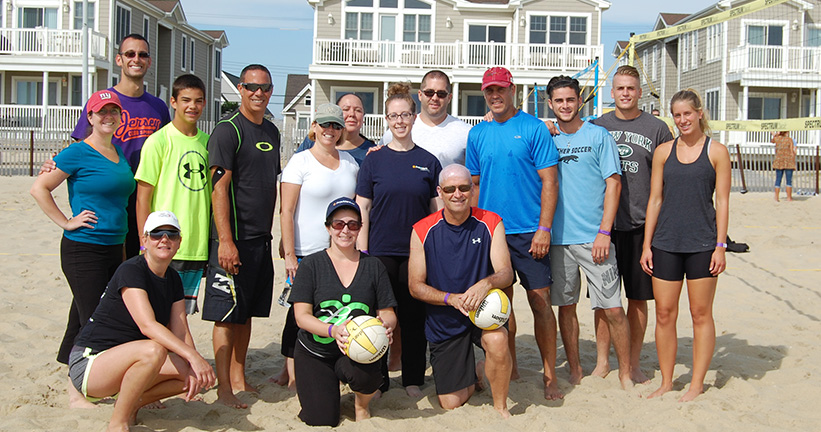 Friends, family and employees of The Provident Bank recently took part in the annual Big Brothers Big Sisters of Monmouth & Middlesex County Volleyball Tournament Fundraiser. The three Provident Bank teams that participated in the event raised $4,115 for the organization.

“Big Brothers Big Sisters is an organization where you can visibly see the difference you’re making in the lives of others,” said William Salcedo, Executive Director, Big Brothers Big Sisters of Monmouth & Middlesex County. “We are not only grateful for the donations that were made on behalf of our organization but also for the positive attitude Provident Bank teams reflected during the day’s events.”

“It has always been a priority of mine to work for a company that gives back to the community,” said Reilly. “Big Brothers Big Sisters of Monmouth & Middlesex County’s vision that all children have an equal opportunity, is something that I enjoy supporting.”

The Provident Bank, (www.providentnj.com) a community-oriented bank offering “Commitment you can count on” since 1839, is the wholly owned subsidiary of Provident Financial Services, Inc. (NYSE:PFS), which reported assets of $8.75 billion as of June 30, 2015. With $5.8 billion in deposits, The Provident Bank provides a comprehensive suite of financial products and services through its network of branches throughout northern and central New Jersey and eastern Pennsylvania. The Bank also provides fiduciary and wealth management services through its wholly owned subsidiary, Beacon Trust Company