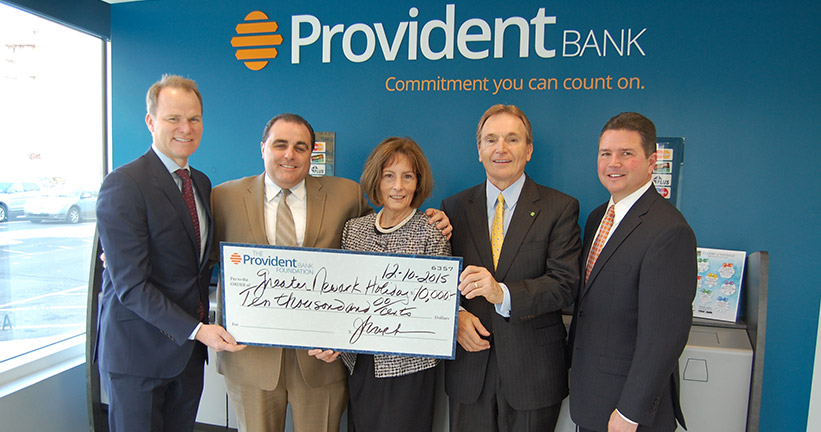 The Provident Bank and The Provident Bank Foundation have each contributed $5,000 to the Greater Newark Holiday Fund for a total donation of $10,000. With this donation, struggling children and families throughout Essex, Union, Passaic, Hudson, Morris, and Bergen Counties will be able to have a brighter holiday season.

“We hope that this donation will help Greater Newark Holiday Fund continue to provide underprivileged children and families in New Jersey with the opportunity to celebrate this time of year,” said Michael Petrucci, Board Member, Greater Newark Holiday Fund and Area Manager, Provident Bank. “This is the season of giving, and we are happy to be able to supply the impoverished children of our community with a gift to open this holiday season.”

The Greater Newark Holiday Fund was initiated in 1937 by a group of Newark businessmen as a way to ensure that even the most impoverished children in the community would have a gift to open during the holidays. Today, the Fund is one of the largest of its kind in the United States. The fund has since expanded its reach far beyond Newark, and has contributed nearly $12 million toward the betterment of thousands of families in the community.

This yearly campaign runs for two months during the holiday season, however, the Greater Newark Holiday Fund accepts donations year round.

About The Provident Bank Foundation