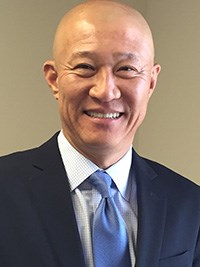 The Provident Bank has named Suk W. Chang of Philadelphia, PA Senior Vice President of Commercial Lending, located at the recently opened office at 460 E. Swedesford Road, Wayne, PA. In his new role, Mr. Chang will be responsible for developing and managing commercial loans in Metro Philadelphia. Mr. Chang brings more than 20 years of commercial banking experience to his new position at The Provident Bank.

Most recently, Mr. Chang was a Senior Relationship Manager at TD Bank, where he developed and managed a commercial loan portfolio. During his time at TD, Mr. Chang served as a Council Member for the Metro Philadelphia /New Jersey Diversity Group.

He holds a Bachelor of Science degree in Accounting from Philadelphia University.

The Provident Bank, (www.Provident.Bank) a community-oriented bank offering “Commitment you can count on” since 1839, is the wholly owned subsidiary of Provident Financial Services, Inc. (NYSE:PFS), which reported assets of $9.03 billion as of March 31, 2016. With $6.15 billion in deposits, The Provident Bank provides a comprehensive suite of financial products and services through its network of branches throughout northern and central New Jersey and eastern Pennsylvania. The Bank also provides fiduciary and wealth management services through its wholly owned subsidiary, Beacon Trust Company.