Did you know today is Disability Independence Day? This day celebrates the anniversary of the 1990 signing of the Americans with Disabilities Act. Please join us as we recognize and celebrate this day in history! 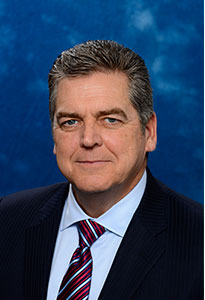 “I’m confident in Walt’s ability to strengthen and lead our overall commercial lending efforts.  Since joining Provident in November 2015, his leadership has contributed to the steady growth and profitability of the Bank’s commercial real estate lending portfolio,” said Chris Martin, Chairman, President and CEO.  “Walt’s expertise and commitment to our lending strategy firmly positions us for the continued growth of our commercial lending business,” added Martin.

Mr. Sierotko has more than 30 years’ banking experience in commercial real estate lending and credit administration.  He previously served as Executive Vice President, Director of Real Estate Lending for Provident.  Mr. Sierotko has also held senior leadership positions with Bank of New York, HSBC, and Wells Fargo.  He earned a Bachelor of Arts in Economics from the University of Maryland.  Mr. Sierotko is a member of NAIOP and serves on the board of the Boys and Girls Clubs of Northwest New Jersey.

Provident Bank, a community-oriented financial institution offering “Commitment you can count on” since 1839, is the wholly owned subsidiary of Provident Financial Services, Inc. (NYSE:PFS), which reported assets of $9.81 billion as of December 31, 2019. With $7.10 billion in deposits, Provident Bank provides a comprehensive suite of financial products and services through its network of branches throughout northern and central New Jersey and eastern Pennsylvania. The Bank also provides fiduciary and wealth management services through its wholly owned subsidiary, Beacon Trust Company.  For more information about Provident Bank, visit www.provident.bank or join the conversations on Facebook (ProvidentBank) and Twitter (@ProvidentBank).