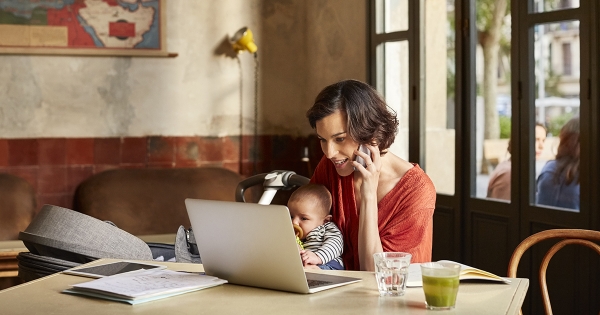 Few financial issues receive more attention in the press than the Federal Reserve Board’s (the Fed) actions with interest rates. It seems there is always some mention of what the Fed’s chair, Jerome Powell, is saying or might say about the economy, interest rates or the markets in general.

The Federal Reserve is the independent central bank established by Congress in 1913. One of its primary functions is to help maintain the economic soundness of the US economy by setting the interest rates banks charge each other for overnight loans.

Thousands of banks in the country frequently borrow money or lend money to other banks for short periods, often just overnight. The Fed oversees that activity and sets the interest rates on the borrowing and lending. This type of institutional borrowing helps to keep liquidity in the financial system and the banking system strong.

The Federal Reserve has a 12 member Federal Open Market Committee that meets 8 times a year to review the economy and make changes to the "overnight loan" rates. For the past few decades, the Fed has tried very hard to keep inflation under control by managing the overnight interest rates.

The members review all types of information and keep their meetings and decision-making process secret. At the end of their meetings, there is an announcement of any changes they make. These announcements are anxiously awaited and studied very carefully by financial professionals to get a glimpse into the thinking of these decision-makers.

Why is this important?

The cost of borrowing has direct effects on the costs of businesses and individuals. By raising or lowering this central interest rate, the Fed can influence how fast or how slow the economy will grow or contract. However, it usually takes many months to see the full effect of any changes they make.

How does the Fed affect consumers?

Since the stock and bond markets are closely interwoven, changes by the Fed can also affect the stock market. While there is no direct link, the market tends to react positively to rate cuts and negatively to rate increases. Usually, the markets are already sensing what actions the Fed may take and prices may rise or fall long before the Fed actually meets and announces any changes.

In 2008, the Fed reduced rates several times in response to a weakening economy and to provide additional liquidity as financial markets dealt with uncertainties in the sub-prime mortgage and other credit markets. By January, 2009, the Fed had reduced their targeted rate to a range of 0% to 0.25% and kept that target through early 2015. From December 2015 through December 2018, they raised rates an additional five times to a range of 2.25% to 2.50%. Starting in August 2019, they began decreasing rates by a quarter point through October 2019 to a range of 1.50% to 1.75%. Then in response to recession fears due to the COVID-19 pandemic, the Fed lowered rates twice in March of 2020.

In the late summer and fall of 2008, Congress granted the Federal Reserve significantly more authority to deal with the turmoil in the financial markets. This includes purchasing illiquid securities from institutions, making loans to troubled firms and making investments in banks and other institutions to provide additional capital for their operations.

Beginning in 2010, the Fed started buying U.S. Treasury obligations and other government debt as part of their efforts to keep interest rates low, make credit available and stimulate the economy. In the summer of 2013, the Fed indicated they were planning to reduce their purchases. Their purchases ended in late 2014. As the COVID-19 pandemic gripped the U.S. economy in March and April of 2020, Congress authorized the Fed to purchase up to $4 trillion in Treasuries.

What should you do?

There is probably nothing specific that an individual investor should do about the Federal Reserve Board’s actions. However, it makes sense to watch what they say and do and try to put their actions into your overall financial thinking.

Home buying and refinancing are complex, so you’re bound to have questions sooner or later. Please contact one of our experienced mortgage representatives in your area who can help guide you through the process with skill and commitment.

Visit www.provident.bank for more details and to contact one of our skilled mortgage representatives.