ProvidentConnect for Business
Additional Logins
What’s New in Security: Forget Apple v. DOJ – What is Congress up to?

What’s New in Security: Forget Apple v. DOJ – What is Congress up to?

Recently, the biggest security story has been Apple’s spat with the Department of Justice (DOJ) about creating a backdoor into the iPhone used by the San Bernardino shooter. Both sides have waged a PR war to lay out their arguments which can be summarized as follows:

The DOJ wants technology companies to be able to defeat their own security when requested for law enforcement investigations. Apple argues that you can’t build a secure product if you are forced to build backdoors into it.

Recent developments include the FBI hired hackers who help them break into the phone without Apple’s help, and Apple working on building a better phone that cannot be broken into. Additionally, there are dozens of similar cases around the country where judges have ruled both in favor and against Apple on their role in assisting the FBI to gain access to locked iPhones. The part of the story that has gotten the least publicity however, may be the most interesting part: Congress has gotten involved.

Earlier this month Senators Dianne Feinstein (D-CA) and Richard Burr (R-NC) introduced a draft bill titled “Compliance with Court Orders Act of 2016” aimed at addressing the heart of the issue the between Apple and DOJ. The legislation requires companies to comply with any authorized court order for encrypted data and any “unintelligible” data be made “intelligible” before being delivered to law enforcement.

It simply means that technology companies would be required by law to know how to decrypt any data they encrypt. This gets complicated because in order to offset privacy and cyber risks, technology companies have shifted to encrypting as much as possible to protect their customers. There has been an ongoing dialogue about the privacy v. safety debate as decryption relates to individuals, but little has been said about the impact on businesses.

3 major concerns for businesses regarding the proposed legislation:

This new legislation is a perfect example of what happens when Congress legislates technology issues without bringing experts to the table. The outcry from this proposed legislation has been nearly unanimous throughout the technology community; even from technology interests that often find themselves in conflict with each other, such as privacy advocates and Big Tech. Many small business leaders have no idea this conversation is even happening. This law has little chance of getting passed, but raises the important issue - why aren’t all interested parties involved to understand what the impact of such a dramatic shift in US law would bring? 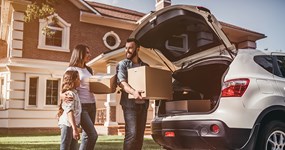 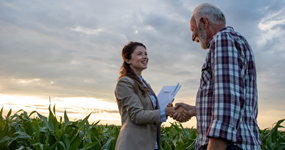