I know that seems too simplistic, but without goals - good, concrete goals - you’re like a ship without a rudder, a traveler without a map. Before anything significant can be achieved, it must be recognized and sought after.

Luckily, poor goal setting is a problem easily fixed. If you’re tired of being left in the dust, of falling behind in personal growth and business development, the answer lies in the game.

And Michael Jordan. The best basketball player who ever lived. If you approach goal setting the same way he approached the court, you’ll soon be making gravity-defying slam-dunks in your professional life, too!

Michael Jordan believed in a “building block” approach to goal setting; once he’d set and achieved one short-term goal, he’d work toward the next. The only way he knew of accomplishing anything was step by step. When he was cut from the varsity team as a sophomore in high school, he was determined to become a starter the following year. That’s what he focused on all summer, every time he held a ball in his hands. When he finally saw his name on the roster, he set his next goal.

Start from the end…and work your way back to the beginning. Break down your professional goals into smaller and smaller pieces until they become manageable steps. Choose no more than a handful of those building-block goals for the month, the quarter, or the year and direct all of your attention, time, and energy toward them. Once those goals are achieved, move on to the next set.

It may sound tired, but S.M.A.R.T goals work - and Michael used them. In order to be effective, goals must possess all five of the acronym’s criteria:

Simply setting a goal to become a better salesperson is not enough; instead, set a goal to increase personal sales by 10% by the end of the quarter.

Michael did not engage in visualization often - a team-wide practice espoused by Phil Jackson. But he did call up images of past successes during high-pressure situations. Even though he didn’t visualize plays or moves in specific detail, he knew exactly what outcome he was after - and believed in its reality implicitly.

Studies show that you’re significantly more likely to achieve your goals just by writing them down. There’s a strange alchemy that happens when you put pen to paper. It may not be visualization, but the act of writing down your goals makes them real for you in the same way Michael’s goals were real for him.

This simple ritual boosts your confidence, helps you overcome resistance and sends your hopes out into the world, giving them life, making them a possibility.

But you can’t just write them down and forget about them. Display them prominently in a place where you’ll see them every day. Remember to review them and track your progress frequently.

Under Phil Jackson’s tutelage, Michael Jordan transformed from a solo superstar into a selfless team player.  He came to understand that he was one point on a five-point star, one finger on a five-fingered hand. It was only after the Bulls gelled - got into each other’s blood - started thinking and moving as one on the court, that they became a championship team.

Just like the Bulls started winning after they became accountable to each other, you’re more likely to achieve your goals if you’re accountable to someone other than yourself. Share your goals with only a select few who are invested in your success. Let their advice, support, and progress-monitoring serve as added motivation.

Michael Jordan played hard. And practiced harder. He exercised with more concentration, worked himself into a lather during practices, stayed late or came in early to shoot in an empty Chicago Stadium, and never once let up on the stringent demands of his practice schedule. His competitive drive was legendary, his will to win unmatched. Michael Jordan simply loved the game in a way no one else has.

Why should you be any different? It goes without saying that identifying and writing down your goals is not enough to realize those goals. You have to show up. Every day. Whether people are watching or not. Show up. Do the work. Pursue your dreams with passion, ferocity, and unrelenting determination - and you just might become extraordinary… 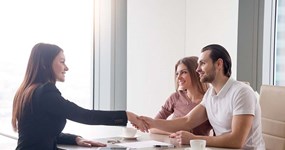 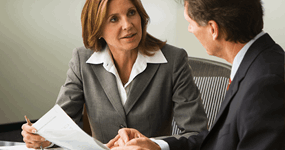 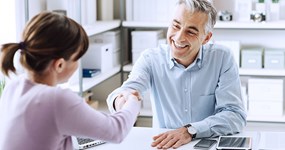