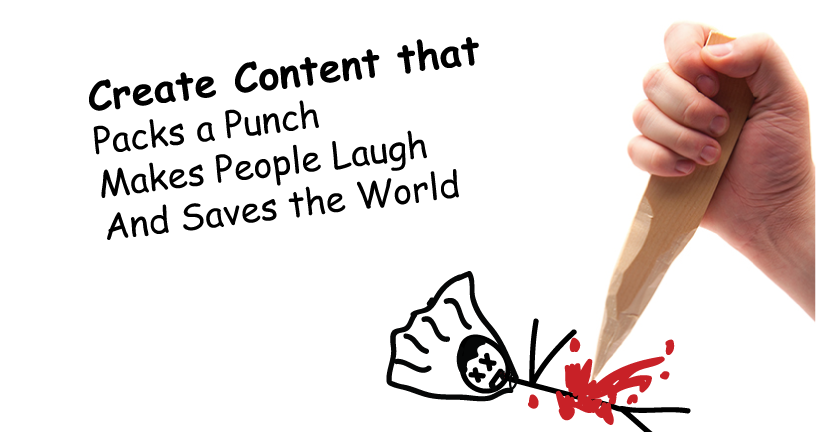 Around here, we’ve got a thing for Buffy the Vampire Slayer, the cult-classic TV show that aired from 1997 to 2003. Ok, before you roll your eyes and stop reading, bear with us for a moment. Joss Whedon’s critically acclaimed show was not merely about a teenage girl and her “Scooby Gang” of friends fighting the movie monster of the week. The monsters, the magic, the vampires—they were the most poignant metaphors for life.

We’re not suggesting that there weren’t strong female leads on television before 1997. Like them, Buffy could make us laugh, but she could kick butt, too. Buffy was powerful, brave, and completely in control of her own destiny. She made us believe that we could do anything. Be anything.

It’s exactly in the ways that Buffy created a fiercely loyal tribe (and why we come back to watch it again and again) that you can learn how to slay your business’s copy and create a content marketing program that will turn leads into an avid fan base.

1. Demand Attention
Right now. Right from the start. Your headline needs to be a showstopper. There’s no question that Buffy the Vampire Slayer is attention grabbing. It is everything a title is supposed to be.

Remember: you cannot take your reader’s attention for granted. You have to earn it— from the title to the very last word.

2. Talk Human
We can think of scores of teen shows that sound melodramatic, robotic, generally uncomfortable. The actors sound like they’re reading from a script. Because people just don’t talk like that! But Buffy dialogue sounded so natural fans wondered if the writers spent their time hanging out with teenagers. (Answer: They didn’t.) There’s a critical lesson to be learned here. Even if you serve other businesses, you need to ditch the corporate speak. Throw out the technical jargon and tired clichés. Instead of making you sound knowledgeable and authoritative, this kind of language makes you distant, dry, and unrelatable.

Just like with your headline, you have to be compelling. So keep your sentences short, the structure simple, and the words everyday. And please, studiously avoid words like studiously— and also one (as in, one will love our products), utilize, facilitate, synergy, obtain, and consumers (they’re people.) Corporate speak is so deeply ingrained in us that this can be a tough habit to break. But you must work at it.

Buffy taught us one more very important thing about language. The show was so often lauded for the fresh, inventive way it used dialogue that critics coined a term for it: “Buffy Speak.” The characters were witty and sharp; they turned phrases in ways that tickled the ear.

Play with the way you string sentences together. Write from the five senses, in blistering detail. And embrace strong verbs. They’ll make your writing spark and allow you to cut out unnecessary adjectives and adverbs. Consider this sentence:

The house is on fire. Bursts, erupts, unfurls, blooms, roils in flames are all more interesting than is.

3. Make People Laugh
Buffy was “make-you-LOL” funny. Joss was infamous for taking a heartbreaking moment and interrupting it with a deadpanned joke. Even Buffy’s headstone inscription (more on that later) ended on a wry note. “Beloved Sister. Devoted Friend. She Saved the World. A Lot.” The show was so good because it didn’t just tickle the funny bone. It made you feel all the feels, down in your gut. That’s called pathos. Inject your content with some of that and it will shine. Speak directly to your readers’ fears, dreams, ambitions, thrills, anxieties, and delights—make them feel— and they will respond with their deepest loyalty.

4. Pack a Punch
Not only was the slayer fearless, but the show was fearless. Joss was never afraid to take enormous storytelling risks. Buffy died—twice— and was brought back to life. Joss was one of the first to pull off a successful TV musical episode. And the Emmy-winning “Hush,” was largely free of dialogue.

Like Joss, be fearless with your content. Experiment with the structure (e.g. long form, short form, lists, anecdotes). Tell a story. Come at your topic from an unexpected point of view. For instance, you could imagine the sale of your products from the actual objects’ point of view. Sound ridiculous? Probably. But so does a teenager who fights the forces of darkness. And never, never be afraid to go to the dark place. You may think that all your customers want is rainbows and unicorns, but what they really want is a world that looks like their own— and much of life is lived in the dark.

5. Save the World
Ok, not the whole world. Just your customers’ world. Identify their problems, obstacles, and fears. And slay the big bad. And guess what? You’ll soon be the one they rally around, the leader of their Scooby Gang. The Chosen One. 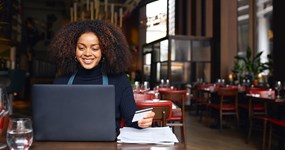 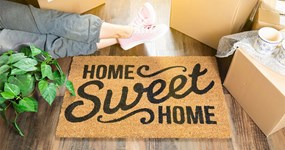 Accumulating a Down Payment on a Home 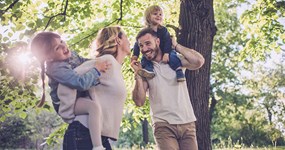 Benefits of a Good Credit Report