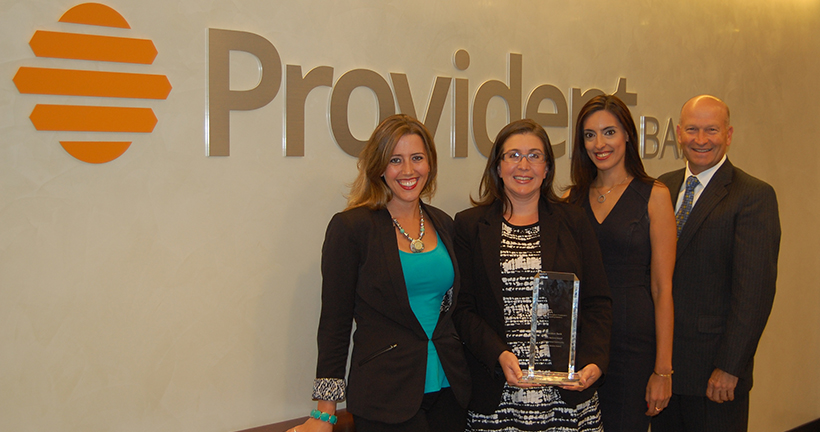 “Community banks do extraordinary and remarkable things in their local communities to help local residents,” said ICBA President and CEO Camden R. Fine. “We are pleased to showcase Provident Bank and its Provident4Women program. ICBA is privileged to represent such thoughtful, dedicated and compassionate community banks and their employees.”

Launched in 2014, Provident4Womenis designed to educate local women on finance and help them gain financial success and independence. The bank’s financial empowerment program combines an online presence and offline workshop and networking events. In March 2015, Provident4Women held its first workshop, Grow Your Business. The inaugural event was a major success and featured four Provident Bank volunteers who spoke on business growth from the perspectives of communications, branding and social media.

“It’s an honor to be recognized by ICBA for our Provident4Women program,” said Diana Braga, Provident Bank’s Public Relations Manager and Provident4Women Team Leader. “Provident Bank is dedicated to our local community and we take great pride in providing financial education to local women.”

ICBA founded the National Community Bank Service Awards program to help celebrate the outstanding volunteer efforts of the nation’s community banks, which for generations have taken a proactive approach to helping local residents and their communities thrive.

ICBA sought nominations for passionate, innovative and impactful community service projects and received more than 230 nominations. This is the 14th year the association has held this contest, which was sponsored by FIS, and raised national recognition for the unmatched volunteer efforts of the nation’s community banks.