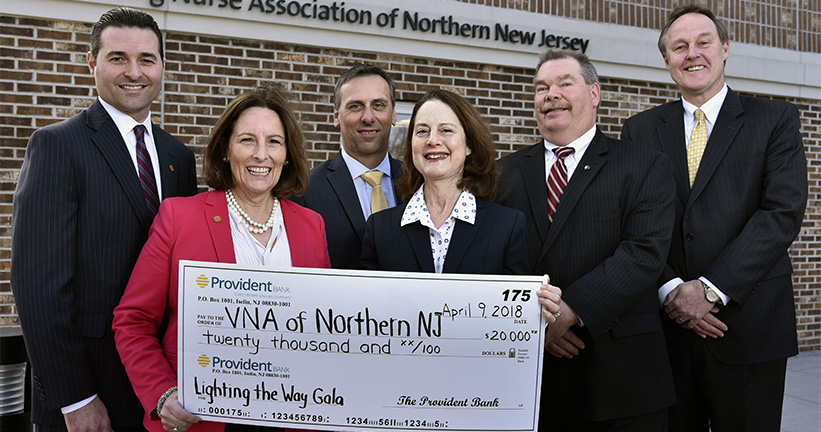 Provident Bank and The Provident Bank Foundation recently strengthened their commitment to the Visiting Nurses Association (VNA) of Northern New Jersey by announcing they would serve as a major sponsor of the VNA’s upcoming Lighting the Way Gala.  Both Provident Bank and The Provident Bank Foundation are proud to be a long-standing supporters of the VNA, who has devoted more than a century to delivering home health services to residents of Morris, Hunterdon, Sussex, Warren Counties and neighboring communities who want to return home safely following hospitalization or need a helping hand to remain in the comfort of home due to an illness, disability or advanced age.