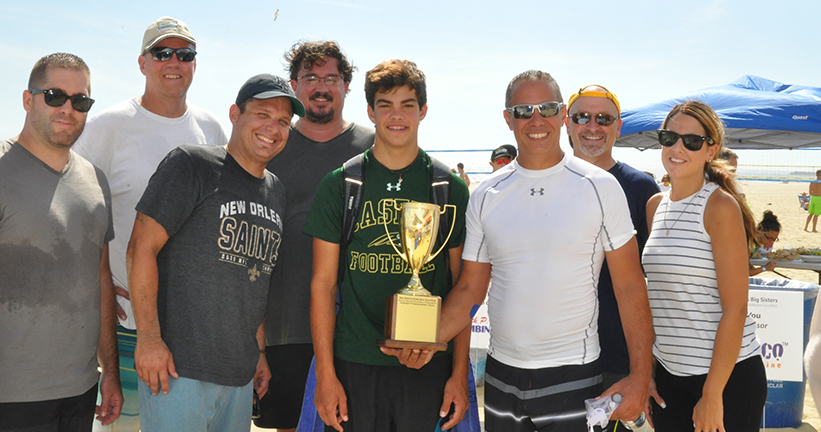 As a 2016 “Mentor Maker” sponsor, The Provident Bank recently took part in the annual Big Brothers Big Sisters of Monmouth & Middlesex Counties Volleyball Tournament Fundraiser, raising $6,505 for the organization. Of the five Provident Bank teams at the volleyball tournament, Team Provident BankSand Sharks raised more than any other team in the competition, contributing $3,200.

“The Provident Bank has been helping the Annual Beach Volleyball Tournament grow since their participation started in 2012, with just one team,” said William Salcedo, Executive Director, Big Brothers Big Sisters of Monmouth & Middlesex County. “Over the years, the bank has become great advocates of Big Brothers Big Sisters and this community event, and have increased their number of teams for each tournament.  We are sincerely grateful for their generosity, support, and enthusiasm.”

As a 2016 “Mentor Maker” sponsor, Provident Bank donated $7,500 to Big Brothers Big Sisters of Monmouth and Middlesex Counties to be distributed amongst a series of events including the volleyball tournament, a golf outing, food & wine tasting, gala and more.

Provident Bank, (www.provident.bank) a community-oriented bank offering “Commitment you can count on” since 1839, is the wholly owned subsidiary of Provident Financial Services, Inc. (NYSE:PFS), which reported assets of $9.23 billion as of June 30, 2016. With $6.23 billion in deposits, The Provident Bank provides a comprehensive suite of financial products and services through its network of branches throughout northern and central New Jersey and eastern Pennsylvania. The Bank also provides fiduciary and wealth management services through its wholly owned subsidiary, Beacon Trust Company.