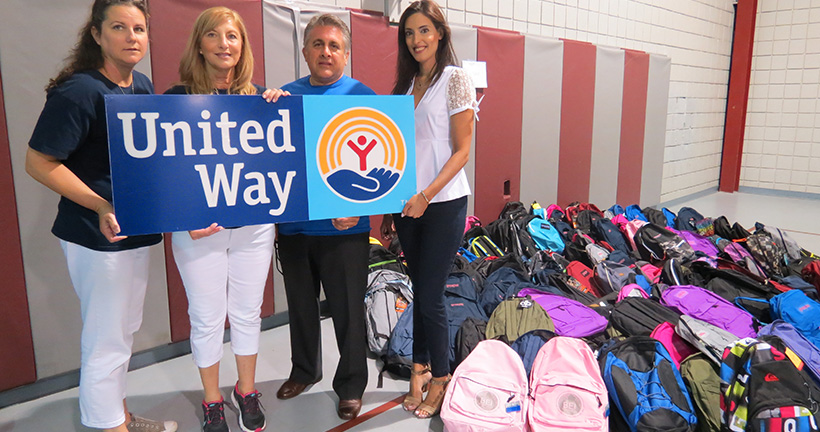 For the second consecutive year, The Provident Bank took part in United Way of Greater Union County’s annual “Stuff the Bus” campaign, a month-long initiative where local companies and volunteers help to make the start of the school year bright for those students in need.

“’Stuff the Bus’ is a fun initiative that allows our partners to get involved with low-income families that are working to create better opportunities for their children and their future,” said James Horne, United Way, President and CEO. “This program also gives the community at large the opportunity to help carry out our commitment to change the odds for children and families, while easing some of the pressures families feel in preparing for the upcoming school year.”​

In addition to a donation, a group of Provident Bank employees volunteered their time to stuff and distribute hundreds of backpacks with school supplies for elementary and high schools students throughout Union County.

“Provident is thrilled to be partnering with United Way of Greater Union County once again for their annual ‘Stuff the Bus’ campaign,” said Diana Braga, Public Relations Manager, Provident Bank. “Ensuring students have the tools they need to succeed in school is important and it’s very rewarding to be part of this campaign.”