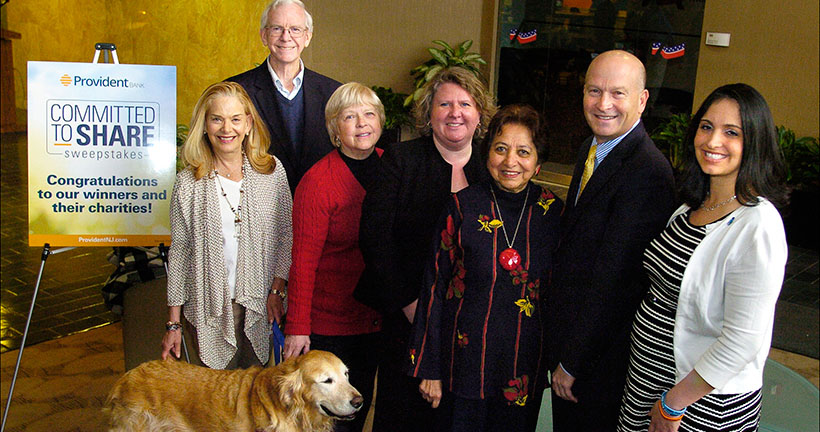 On Saturday April 25, The Provident Bank announced the three top prize winners and charities of its “Committed to Share” sweepstakes co-sponsored by the Star Ledger. The sweepstakes ran between February 2 and March 21, 2015, and gave New Jersey and eastern Pennsylvania residents the opportunity to win cash prizes and pick a charity of their choice to receive a matching donation. During its eight week run, the bank awarded $9,600 in prizes to 48 daily sweepstakes winners and their charities.

On Saturday morning, the finalists attended the announcement ceremony at Provident’s administrative Offices in Iselin, where Provident Bank President and CEO Chris Martin announced the winners. “Congratulations to you all! And thank you for your commitment to the crucial work these charities do.” said Martin.

The “Committed to Share” sweepstakes began February 2 and ended March 21. All winners were selected through random drawings.

The Provident Bank, (www.providentnj.com) a community-oriented bank offering “commitment you can count on” since 1839, is the wholly owned subsidiary of Provident Financial Services, Inc. (NYSE:PFS), which reported assets of $8.5 billion as of March 31, 2015. With $5.8 billion in deposits, The Provident Bank provides a comprehensive array of financial products and services through its network of branches throughout northern and central New Jersey and eastern Pennsylvania. The Bank also provides fiduciary and wealth management services through its wholly owned subsidiary, Beacon Trust Company.