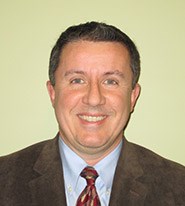 The Provident Bank has named Ricardo Agostinho, of Parsippany, NJ, banking center manager of its Morris Township branch located at 166 Ridgedale Ave. In this position, Agostinho will lead and manage a team of sales and service professionals, as well as oversee daily branch operations.

“Agostinho has the skills and experiences needed to effectively lead the team in Morris Township,” said Lucio Valerio, area manager, Provident Bank. “We are confident in Ricardo and excited to have him join us.”

Prior to joining Provident Bank, Agostinho worked at PNC Bank for 14 years in numerous positions spanning from sales to management. He also participated on a nationwide merger and acquisition team while at PNC.

Agostinho holds a business degree from Kean University. In addition, he is also a trained personal and business lender and held a Series 62 and Series 63 license prior to working in banking.