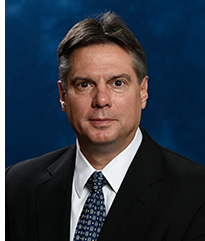 Michael Baymor of Harleysville, Pa., has joined Provident Bank as a Vice President, Relationship Manager with the bank’s Commercial Lending Division. He is based in the bank’s Wayne, Pa. regional office and is responsible for originating commercial loans, line of credits, equipment loans, and real estate mortgages for businesses in the Metro Philadelphia market. Baymor will focus on transactions with loan amounts between $2 million and $20 million. In addition, he will work closely with accounting firms, law firms, intermediaries, and trade associations to source new business.

Prior to joining Provident Bank, Baymor was a Vice President in the Commercial Lending Division of Tompkins VIST Bank in Blue Bell, Pa., where he focused on business development in eastern Pa. and was responsible for the management of a $75 million commercial loan portfolio. In addition, Baymor has held similar positions with Fulton Bank in Doylestown, Pa., and Univest National Bank in Souderton, Pa. Baymor holds a B.S. in Finance from Pennsylvania State University and earned an MBA from Villanova University. He is a member of the Montgomery County Development Corporation, Chester County Commercial Industrial Investment Council, and Harleysville Rotary Club.

Provident Bank, (www.provident.bank) a community-oriented bank offering “Commitment you can count on” since 1839, is the wholly owned subsidiary of Provident Financial Services, Inc. (NYSE:PFS), which reported assets of $9.50 billion as of September 30, 2017. With $6.59 billion in deposits, Provident Bank provides a comprehensive suite of financial products and services through its network of branches throughout northern and central New Jersey and eastern Pennsylvania. The Bank also provides fiduciary and wealth management services through its wholly owned subsidiary, Beacon Trust Company.